Do you have a cashmere garment in your closet? Don’t you love its softness? 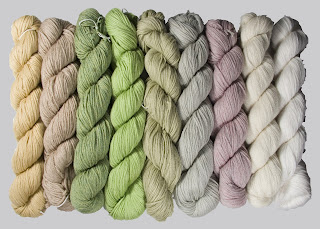 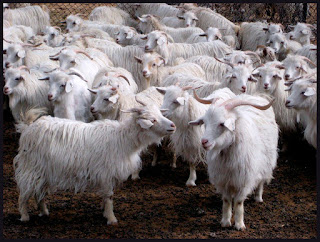 Cashmere wool comes from the innermost layer of the hair of a goat, which originally could only be found in isolated local populations in the mountains of Tibet, on the southern slopes of the Himalayas and in the Xinjiang region in China, mountain areas with sub-zero temperatures.

This inner layer of hair is separated from the outside, protective and thicker during the moulting in spring and only after a manual combing work and classification. Over two goats are needed to make one sweater. If we add the low rate of world production (approximately 6,500 metric tons of pure cashmere by year, instead of 2 million tonnes of sheep wool), we can understand its relatively high price compared with other fibres and its use as a sign of class, luxury and distinction.

Its name comes from a region of northern India. The cashmere is manufactured in Mongolia, Nepal and Kashmir since thousands of years ago to make fabulous scarves and shawls. This fibre is also known as pashmina (Persian wool).

In the fourteenth century, Ali Hamadani reached Ladakh region with 700 weavers and artisans from Persia, discovering the goats of the region and its soft wool. Legend said that he took some yarns and knitted a pair of socks as a present for the king of Kashmir. The sultan loved the quality and allowed Hamadani starts a weaving industry of shawls with this wool.

The shawls were introduced into Europe when the Commander in Chief of the French campaign in Egypt (1799-1802) sent one to Paris. The arrival of the shawl was an immediate success and manufacturing started in France. Trading in commercial quantities of raw cashmere between Asia and Europe began with Valerie Audresset SA, a French company located in Louviers, being the first European company to commercially spin cashmere. Years later the Scottish textile manufacturer Joseph Dawson discovered the Indian pashminas and began importing the material to its factory in Scotland. Dawson sells these shawls to the British upper class women, who appreciated the fabric for its softness and warmth. A piece of high quality cashmere can be up to eight times warmer than sheep’s wool despite its lightweight.

Texture, colour and fibre length affect its manufacture and its price. The more white cashmere fibres require less dye, minimizing the damage that causes the colour to its natural softness, and they are the most appreciated. The quality also depends on the region in which the wool is collected. In Inner Mongolia, for example, winters are harsh and goats have a poorer diet. They produce a finest hair, perfect for the garments of the highest quality.

China has become the largest producer of raw cashmere, but Europe is who controls the spinning and manufacturing methods, and it has cornered the market on high quality products.

One brand that currently manufactures wonderful cashmere shawls is Burberry. This season has presented a new section on its website, “Bar Scarf”. There, fans can customize the classic checks scarf classical of brushed cashmere, adding their initials embroidered. For this campaign, Burberry has made this video that I share with you, because apart from an exquisite aesthetic, you will see the whole making process the shawls in Scotland.

Now that you are aware of cashmere's history, write ten questions whose answers are in the text. Make sure that the most important information is in your questions.

Email ThisBlogThis!Share to TwitterShare to FacebookShare to Pinterest
Labels: 4 ESO 15-16