In this age of information, math errors can lead to disaster. NASA’s  Mars Orbiter crashed because engineers forgot to convert to metric measurements; JPMorgan Chase’s “ London Whale” venture went bad  in part because modelers divided by a sum instead of an average. So, did an Excel coding error destroy the economies of the Western world? The story so far: At the beginning of 2010, two Harvard economists, Carmen Reinhart and Kenneth Rogoff, circulated a paper, “ Growth in a time of Debt” that purported to identify a critical “threshold,” a tipping point, for government indebtedness. Once debt exceeds 90 percent of gross domestic product, they claimed, economic growth drops off sharply.
Ms. Reinhart and Mr. Rogoff had credibility thanks to a widely admired earlier book on the history of financial crises, and their timing was impeccable. The paper came out just after Greece went into crisis and played right into the desire of many officials to “pivot” from stimulus to austerity. As a result, the paper instantly became famous; it was, and is, surely the most influential economic analysis of recent years.
In fact, Reinhart-Rogoff quickly achieved almost sacred status among self-proclaimed guardians of fiscal responsibility; their tipping-point claim was treated not as a disputed hypothesis but as unquestioned fact. For example, a Washington Post editorial earlier this year warned against any relaxation on the deficit front, because we are “dangerously near the 90 percent mark that economists regard as a threat to sustainable economic growth.” Notice the phrasing: “economists,” not “some economists,” let alone “some economists, vigorously disputed by other economists with equally good credentials,” which was the reality.
For the truth is that Reinhart-Rogoff faced substantial criticism from the start and the controversy grew over time. As soon as the paper was released, many economists pointed out that a negative correlation between debt and economic performance need not mean that high debt causes low growth. It could just as easily be the other way around, with poor economic performance leading to high debt. Indeed, that’s obviously the case for Japan, which went deep into debt only after its growth collapsed in the early 1990s.
Over time, another problem emerged: Other researchers, using seemingly comparable data on debt and growth, couldn’t replicate the Reinhart-Rogoff results. They typically found some correlation between high debt and slow growth — but nothing that looked like a tipping point at 90 percent or, indeed, any particular level of debt.
Finally, Ms. Reinhart and Mr. Rogoff allowed researchers at the University of Massachusetts to look at their original spreadsheet — and the mystery of the irreproducible results was solved. First, they omitted some data; second, they used unusual and highly questionable statistical procedures; and finally, yes, they made an Excel coding error. Correct these oddities and errors, and you get what  other researchers have found : some correlation between high debt and slow growth, with no indication of which is causing which, but no sign at all of that 90 percent “threshold.”
In response, Ms. Reinhart and Mr: Rogoff have acknowledged the coding error, defended their other decisions and claimed that they never asserted that debt necessarily causes slow growth. That’s a bit disingenuous because they repeatedly insinuated that proposition even if they avoided saying it outright. But, in any case, what really matters isn’t what they meant to say, it’s how their work was read: Austerity enthusiasts trumpeted that supposed 90 percent tipping point as a proven fact and a reason to slash government spending even in the face of mass unemployment.
So the Reinhart-Rogoff fiasco needs to be seen in the broader context of austerity mania: the obviously intense desire of policy makers, politicians and pundits across the Western world to turn their backs on the unemployed and instead use the economic crisis as an excuse to slash social programs.
What the Reinhart-Rogoff affair shows is the extent to which austerity has been sold on false pretenses. For three years, the turn to austerity has been presented not as a choice but as a necessity. Economic research, austerity advocates insisted, showed that terrible things happen once debt exceeds 90 percent of G.D.P. But “economic research” showed no such thing; a couple of economists made that assertion, while many others disagreed. Policy makers abandoned the unemployed and turned to austerity because they wanted to, not because they had to.
I’ve found this article really interesting,  and you, what do you think?
Posted by anna klein at 2:51 PM No comments:

Email ThisBlogThis!Share to TwitterShare to FacebookShare to Pinterest
Labels: 4 ESO

Posted by anna klein at 2:40 PM No comments:

Dear students,
As you already know on May 29th we are going to see “Aquarius” .

Here you will find a link to listen to all the songs of the play:

In class I will give you the photocopies with the lyrics, so that you can sing the songs while listening.

By the way do you know that you all were born in the Age of Aquarius?

In popular culture, the expression "Age of Aquarius" usually refers to the heyday of the hippie and New Age   movement of the 1960s and 1970s.

This New Age phenomenon is seen by some astrologers to be marked by the conjunction of the planet Uranus, ruler of the sign Aquarius, and the coming age, with Pluto, ruler of the masses, bringing radical change, in the 1960s.

It is said that the Age of Aquarius will be more 'humanitarian' but at the same time 'unemotional' and this  may indicate  the emergence of active intergovernmental organizations and global solidarity movements. From the individual point of view, it may indicate individual and spiritual awakening en masse, which although is not organized, spontaneously forms a worldwide 'humanitarian' yet 'unemotional' era of spiritual clarity and spontaneous friendship.

However, as the song relates, it is only considered by astrologers as the "dawning" or "cusp" of the Age, with the full strength of the Age not occurring until some time in the future.

Enjoy yourselves!
Posted by anna klein at 2:39 PM No comments:

Email ThisBlogThis!Share to TwitterShare to FacebookShare to Pinterest
Labels: 1 ESO

Look for information and compare the world’s most intriguing walls:

Write a short description of each and explain the reason why they were built. 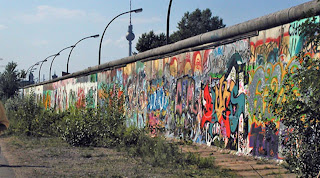 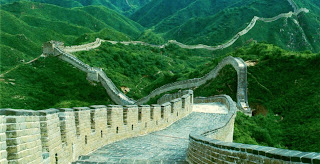 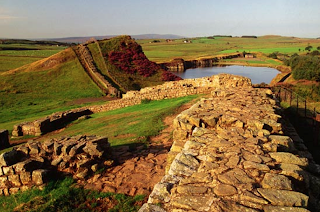 Posted by anna klein at 8:27 AM No comments: