Write down in 50-70 words what makes you really happy.

Email ThisBlogThis!Share to TwitterShare to FacebookShare to Pinterest
Labels: 1 ESO 13-14

Watch the video and explain what happens in 200 words.

Email ThisBlogThis!Share to TwitterShare to FacebookShare to Pinterest
Labels: 4 ESO 13-14 Scientists and psychologists agree that although many factors contribute to forming your personality, for example, your sex, class, culture, or lifestyle, one of the most important is your position in the family. So how have you been affected?

Are you a first child, a middle child, the youngest, or an only child?

If you are a first-born child, you are probably self-confident and a good leader – you came first after all. You may be bossy and even aggressive if you don’t get what you want. You are ambitious and good at communicating because you learnt to speak from your parents, not from brothers and sisters. On the other hand, you are the oldest and so you have to be the most responsible, and this can make you the kind of person who worries a lot.

Middle children are often independent and competitive. You had to fight with your brothers and sisters to get what you wanted. You are also co-operative as you always had to negotiate with your older or younger brothers and sisters. You are sociable, as you always had someone to play with. On the other hand, you may be jealous and insecure or moody if you felt your parents preferred your older brothers or sisters.

Youngest children are often very charming. You learned very quickly that you could get exactly what you wanted by being charming- and this can make you manipulative. You are usually affectionate and relaxed because when you arrived your parents were more relaxed themselves. But you are often not very independent, as you always had so many people to help you. This makes it hard for you to take decisions. And you may be lazy, because your parents pushed you less and were less strict with you than with your older brothers and sisters.

Only children are often quite selfish. You had the wonderful luxury of not having to share your parents’ attention with anybody else. In fact, you received so much attention as a child that you find it difficult to be interested in other people. On the other hand, you are usually organized and responsible, and often imaginative. But you may find it difficult to communicate with others, and are very sensitive to criticism.

a)    What’s your position in the family? Are you the oldest, the youngest, in the middle, or an only child?  Do you like your position? Why (not)?
b)    Underline the adjectives of personality. Write them in the chart.


My younger brother is definitely.....
Posted by anna klein at 11:39 AM No comments:

Email ThisBlogThis!Share to TwitterShare to FacebookShare to Pinterest
Labels: 2 ESO 13-14 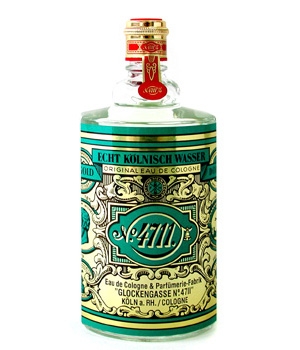 When people can’t think of a present to give that’s different in some way, they often end up buying perfume, cologne  or aftershave.

Are you wearing any now?

Scientists say mammals (that includes us) are attracted to each other unconsciously by their natural smell. But according to the advertisements, a fragrance is your secret weapon with the opposite sex: choose the right one and the boy or girl of your dreams will find you irresistible. You could spend anything from a few euros in a departments store to hundreds of euros for a tiny bottle of an exclusive perfume at a Paris salon.

But can anyone really tell the difference between them?

A campaign is currently underway in the USA to ban the use of perfume. Not just the perfume the people wear but also the other perfumes around us like those in washing powders, air fresheners, hair spray, cleaning fluids, polishes, toilet deodorisers etc. People who are most affected by them includes asthmatics, allergy sufferers and those who gets migraine headaches, but many other people find strong fragrance offensive. So the campaign aims to stop this form of “pollution” of our atmosphere. It appears to be having some success, too.

There are now air-freshener-free cinemas, odour free rooms in hotel and even “cologne free” waiters in restaurants. Some airlines are now also on the look for passengers who may cause offence!

Will wearing fragrance eventually be seen as antisocial in the way smoking is now?

What do you think? Will we see the day when wearing perfume will be only something you can do in the privacy of your own home?

By the way, do you know that originally the water of Cologne was believed to have the power to ward off bubonic plague?

In fact, it seems that it was first taken to Germany by the French soldiers who used   “eau de toilette” as a disinfectant, later the  original Eau de Cologne a spirit-citrus perfume was launched in Cologne  in 1709 by Giovanni Maria Farina  (1685–1766), an Italian perfume maker from Santa Maria Maggiore Valle Vigezzo.

After you have read all this information, I would like you to investigate  the history of perfume, then create your own perfume, drawing the logo, the bottle and the adv.